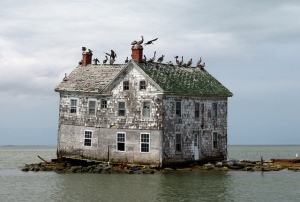 I was going to write a poem that would be
lighthearted as fuck, oldfashioned
as a villanelle or a sonnet after Petrarch,
and the title was going to be something
tongue in cheek, especially if you knew me,
but even the hypothetical reader most innocent of me
still would have a solid idea
of what it really meant, because after all
there’s nothing wrong with being obvious
which is an oldfashioned virtue.

Anyway the poem I was going to write
was probably going to be titled
I Shall Certainly Need New Clothes
or something along those lines, something
insouciant and fatalistic at once,
blind to neither the rising seas
nor the beauty of the plum trees
that are blossoming earlier every year.