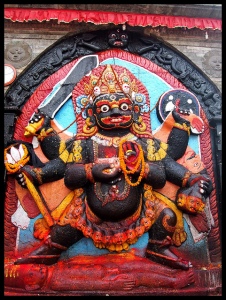 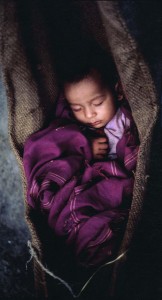 Image: Kala Bhairab, by Flickr user Momo, published under a Creative Commons Attribution 2.0 Generic (CC BY 2.0) license. Momo explains: “Bhairab is Shiva in his most fearsome aspect, and this huge stone image of the terrifying Kala Bhairab has 6 arms, wears a garland of skulls and tramples a corpse, which is symbolic of human ignorance. It is said that telling a lie while standing before Kala Bhairab will bring instant death and it was once used as a form of trial by ordeal.”

NaPoWriMo day 8 (“finding a flower, and versifying in its honor“). Also I have been reading some of Banira Giri’s poems.