From tent to tent I go,
I go where I am wanted,
I go wherever they can pay my fee,
I go with the dragonfly,
Together we unstitch his eyes, we unstitch them.

END_OF_DOCUMENT_TOKEN_TO_BE_REPLACED 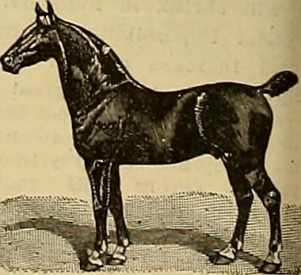 “A Following Song” is a song! Alex Floor wrote the music and recorded it. As songs sometimes do, this one has changed its monicker: you may call it “They Went Their Ways.” It joins Stone’s Throw, which the redoubtable Godescalc (more mundanely, James) brilliantly set to music some time ago…

The thing came about this time because I once happened across the oddly-named Ham Kicker website, “an exhibition of collaborative musical work”:

So I sent Ham Kicker’s proprietor (turns out his name is Joe) a poem to put up on the site, and forgot about it for more than a year. And then, a while ago, Joe let me know that Alex had written and recorded music for what is now indisputably a Song. Which made me happy, as you might guess, for it’s a lovely song.

Here is the Hamkicker post introducing the thing; here (again) is the song in all its mp3-compressed glory; there’s sheet music! (I love sheet music!) Here, for some reason, is an undated interview with Joe.

And why not, here’s the poem again, with its new title:

They Went Their Ways

Down by the hill, or lower down,
The larks and lizards built a town.
They sang for fun and lay in the sun
And life was easy.

But a lark grows bold to stretch its wing
While a lizard sleeps and dreams of spring.
So the larks forgot – what the lizards did not –
That life is easy.

Then they went their ways, no one knew why,
Some to the desert and some to the sky,
With the turning spheres and the passing years,
Like life, so easy.

END_OF_DOCUMENT_TOKEN_TO_BE_REPLACED 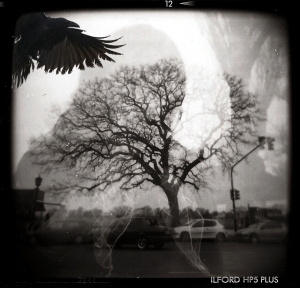 The tree grew up overnight, the first anyone knew
Was sunrise and passengers tumbling from cars gawking
At that tree, its lower branches wreathed in fog,
Its upper branches gathering the fog into
Towering clouds. Crow winged out of the sun, squawking,
And drove the dogs away from the tree,
And we danced, we danced down the sun and the fog,
We danced the concrete into dust, the dust into the sea.
END_OF_DOCUMENT_TOKEN_TO_BE_REPLACED 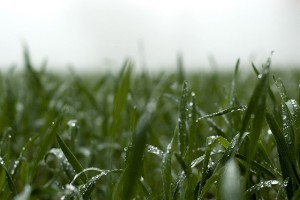 END_OF_DOCUMENT_TOKEN_TO_BE_REPLACED

(a song for music)

I don’t care if the coffee’s brewing
I don’t care that eggs are in the pan
I’m snug and warm and I ain’t moving
Is that so hard to understand?

I won’t get up today
That’s all I’ve got to say
It’s just gonna be that way.

Last night I dreamed myself a city
Where everybody spoke in rhyme
Smelled nice, and everyone was pretty
That’s where I want to spend my time

END_OF_DOCUMENT_TOKEN_TO_BE_REPLACED 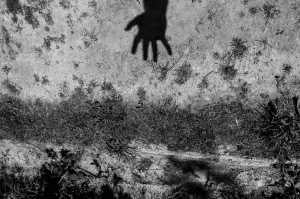 (with apologies to Bruce Springsteen)

Well, I had a little accident when I was just a lad
I burned my hand, and listen, man, it hurt real bad
A couple years later, I met Doctor McGee
He saw my thumb and he said son, I guarantee
If you just give me a chance, I’ll make it good as new
I’ll make your hand perfect, yes I swear it’s true
I’ve done it many times before, I know just what to do –

McGee, he’s gonna howl
He don’t understand
But the judge found it simple, so he put it on remand
He said, “Son, you’ll get the damages that you demand
’cause you believed in the promised hand.”

He told me that my hand would be one hundred percent
I thought because he said it, that was just what he meant
Now I will never recover, my whole life is a wreck
When I think of that day it makes me mad as heck
He said your hand’s okay, but you deserve the best
He took a knife and then he cut this skin from my chest
Now my fingers are itching and I can’t get no rest…

McGee, he’s gonna howl
He don’t understand
But the judge found it simple, so he put it on remand
He said, “Son, you’ll get the damages that you demand
’cause you believed in the promised hand.”

The jury monetized the difference, it was quite a lot
Between the hand that I expected and the one I got;
And I’ve come to find out that I’m a famous case
Prominently featured in The Paper Chase —
But what is all of it worth, when I can’t sleep at night?
My hand is matted and unsightly and it looks a fright
If I could take it all back, I really think that I might…

This may require some explanation… Internet, take it away:

Also, the guy who killed the fox was Jesse Pierson (in case you’ve forgotten). The image illustrating this little fiasco is “The Beast with Five Fingers” by Dave Wild, published under a Creative Commons Attribution-NonCommercial 2.0 Generic (CC BY-NC 2.0) license. Finally, a big if belated Thank you! to MAD Magazine for establishing legal precedent, in addition to generally sticking it to the man. 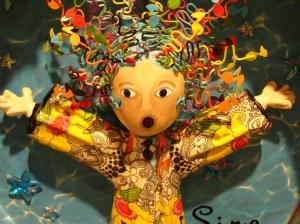 I found the word I love:
It rhymes with everything.
I said it once, and now
I cannot speak for singing.

END_OF_DOCUMENT_TOKEN_TO_BE_REPLACED 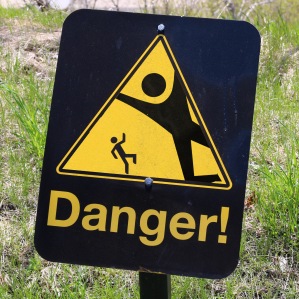 The Prince sought the Princess’s hand;
The King, to try his skill,
Commanded, “Slay the giant!”
And the Prince, he said, “I will!”

The giant’s name was Fumblegrunt
The largest of that race –
Full thirty yards he measured,
From his feet up to his face!

All night they fought, and then all day;
All afternoon as well;
Until at last the brute was slain
– And then, of course, he fell.

For Fumblegrunt was huge and strong,
And ugly and appalling;
And heavy, too, as the Prince found, who
Reckoned without his falling.

END_OF_DOCUMENT_TOKEN_TO_BE_REPLACED

We die of love, or anything at all.
I drew a million breaths, but could not sing.
My bones are of the earth, and heed its call;
I’ll dream a sun, and feed myself on ink.

Be still, be still: a color’s in my eyes.
What’s sleeping? Will I wake? Have I a soul?
This water’s cold. A stone does what it likes.
My breath is gone. The sea’s song fills me whole.

END_OF_DOCUMENT_TOKEN_TO_BE_REPLACED 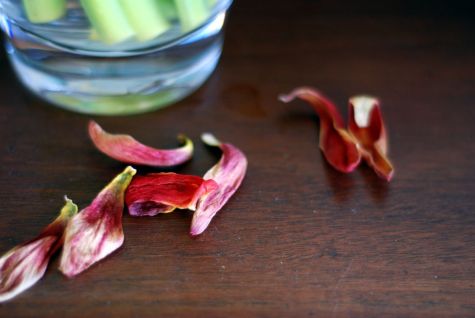 I too have sentimental leanings,
Inchoate sensibilities,
Vague yearnings,
And feel the pull of those
Old, stupid, useful words, like
Love; dreams; desire;
From which nothing can save us
But the things themselves:

On our kitchen table lie
The blown still-moist petals
Of Friday’s flowers.