The Earl of Rollercoaster found
It inconvenient to expound
On why it was he loved to race
Continually from place to place
Whilst whirling rapidly around —
Now here, now there, now soaring high,
Now falling freely toward the ground,
And screaming all the while.

That’s why he built that crazy train
That bears his name:
It’s easier to experience
than to explain.

END_OF_DOCUMENT_TOKEN_TO_BE_REPLACED

The unassuming unicorns united underground
Upthrusting their umbrellas with an ululating sound;
Their umbrage unassuaged, they undertook an upward run
Emerging all unbidden underneath an umber sun.

END_OF_DOCUMENT_TOKEN_TO_BE_REPLACED

(Being an account of the Peculiar Events leading up to the Monstrous and Notorious Tragedy of the Four and Twenty Blackbirds who were martyred by being baked into a pie; and of the Warning previously issued to all Fowl within the Royal Earshot, which these aforementioned Blackbirds roundly ignored, to their own Detriment and Ultimate Demise; written by one, Witness to the Aforesaid Events.) 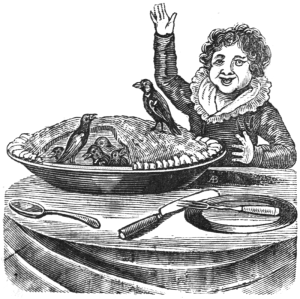 Go quietly, quietly! Quell every sound,
You geese in the air and you quails on the ground!

You ducks with your querulous ducklings in tow,
You may go as you like; only quietly go.

No quacking; no quarreling; quash every cry;
Not a chirp from you blackbirds who quarter the sky!
The queen is asleep:
If you cease not to peep
She’ll awake and demand you be baked in a pie!

END_OF_DOCUMENT_TOKEN_TO_BE_REPLACED

(or, Veery and Vole and the Vinegar Fly)

Veery and Vole and the Vinegar Fly
Decided to go to the top of the sky.

But Vole couldn’t fly, though of course he would try;
“Do not think us unkind,” Veery said with a sigh,
“We must leave you behind!” And they bade him Good-bye.

And then Vinegar Fly – though of course he could fly –
Couldn’t fly very fast; couldn’t fly very high.
He grew weary, and cried out to Veery, “Please try
To go slower, and lower!” But Veery said, “I
Am a high-flying bird, and I cannot comply!”

Do not get along.
And that is my song.

END_OF_DOCUMENT_TOKEN_TO_BE_REPLACED 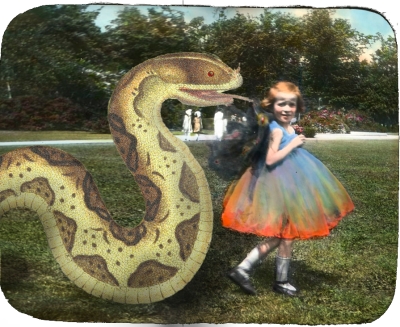 Leroy Lay
Stole it away.

Lenny Loun
Knocked him down.

Lamia Lake
(That was the snake)
Swallowed him whole.

END_OF_DOCUMENT_TOKEN_TO_BE_REPLACED

Jimmy, Oh Jimmy, jumped into the jakes.
Why’d he do it? Goodness sakes!
When his teacher pulled him out
All the children commenced to shout:

Jimmy, Oh Jimmy, why did you do it?
See that hole and jump into it?
You’ll have to move far, far away
For no one will marry you after today!

END_OF_DOCUMENT_TOKEN_TO_BE_REPLACED 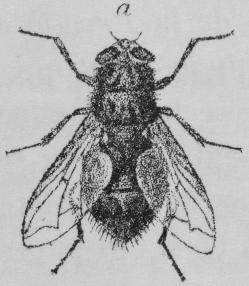 Zachary Zye, the loud­-buzzing black fly,
Zipped into the house in the blink of an eye.

Inside he discovered Old Man Ebenezer
Noisily snoozing, the crusty old geezer,
With his head on the bed and his feet in the freezer.

Now one thing is true of a fly with a buzz:
If that fly sees you sleeping, the first thing he does
Is to buzz in your ear. Why is that? Well… because.

So Zachary flew to the old geezer’s bed
Landed once on his chin—circled twice ‘round his head—
And then BUZZED IN HIS EAR! fit to wake up the dead.

An insult like that would make any fly sore.
I’ll wake him! cried Zachary Zye with a roar.
(If you heard it, you might think his roar was a buzz
And to tell you the truth, I suppose that it was.)

He buzzed on the old geezer’s feet (they were smelly)
And the back of his neck and the front of his belly.
He buzzed in his nose and he buzzed in his hair
He buzzed around here, and he even buzzed there.

He buzzed every place he could think of, and more.
He buzzed and he buzzed till his buzzer was sore.
But Old Man Ebenezer just lay there ­­ and snored.

So Zachary Zye, the loud-­buzzing black fly,
Zipped out of the house… with a tear in his eye.

END_OF_DOCUMENT_TOKEN_TO_BE_REPLACED 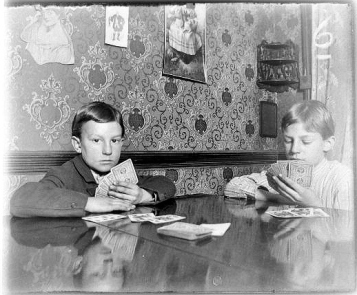 He’s a wizard at poker and hide­-and­-go­-seek;
He can tell what a squirrel has stuffed in its cheeks;
He can locate the needle in any haystack;
He knows what you’re hiding behind your back.

And he sees lots of things that he isn’t supposed…
But I’d better not say any more about those.

END_OF_DOCUMENT_TOKEN_TO_BE_REPLACED

Worm, worm, worry­-wart
Wriggling underground.
What should worms be worried for,
Hiding safe and sound?

If it were not for just one thing
They’d be happy fellows:
What really worries worms is that
They haven’t any elbows.

END_OF_DOCUMENT_TOKEN_TO_BE_REPLACED 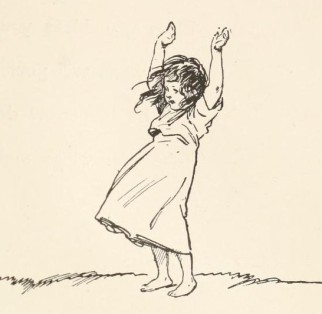 “Yes, yes, yes!” yells young Yvonne,
Yelling loudly all day long
Yelling, yowling, yelping, howling,
In the kitchen, on the lawn,
Caterwauling in the hallway,
“Yes, yes, yes!” from dusk till dawn;
Yelling till her mother wonders,
“How long can this noise go on?”
Yelling till her father tells her,
“Yes, all right! Go on, Yvonne!
Do what you wish, do what you want to,
Only please stop yelling so!”